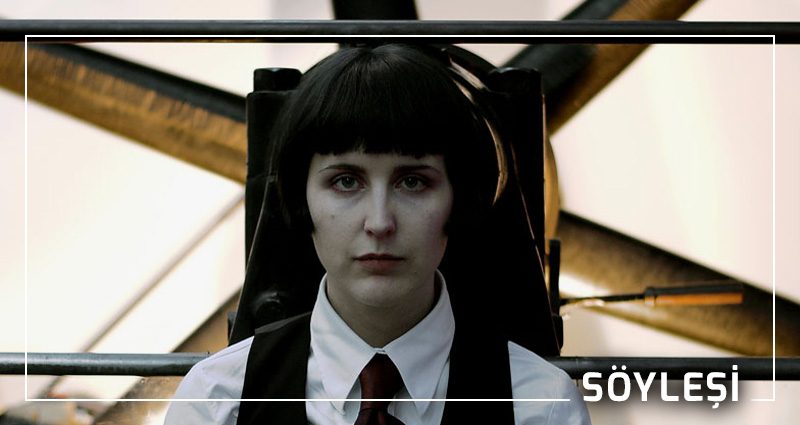 First of all, thank you very much for accepting our interview request. We’ve read your short story collection Jagannath, which is known as “Zeplin” in Turkish and have a crush on it. We think your stories are the most original things that we have read recently. This being the case, we’ve wanted to ask you many questions.

We know that Jagannath took a long time to develop. Diversity of its contents is also known. How, do you think, your writing changed/developed within this period?

The stories in Jagannath span ten years, during which I’ve learned a lot about writing. The earliest story in the collection, ”Rebecka”, represents what I did at twenty-five, which was very short, idea-driven stories. I’d simply take an idea: ”What would happen if …?” and build on that. My stories have gradually become longer and more complex over time; I also spend more time on character development and layers. The themes also change over time. For a while, I wrote about religion, then about reality, then about fairies … my interests come and go in waves. Right now I’m interested in water, ships and travel.

Your stories have a unique taste of the writer. Impossible to be mistaken for someone else. As readers, we are so pleased with this taste. Unique style is also a success on your side as a writer. We’d like to ask how much your stories represent you. Everything a writer creates is in some way representative of them and their ideas. Similarly, my writing represents my ideas, but I don’t write autobiographical stories. I steal details from my own life, like most other writers do, but it’s more for inspiration rather than copying things from real life.

We are not accustomed to seeing works of weird fiction in Turkey. We were introduced to this subgenre with China Miéville. And then came you. Did you deliberately choose to write weird fiction, or do you write without thinking of any particular genre?

I don’t think about genres while writing; it’s too restrictive. So, I didn’t really plan to be categorized as weird. It just happened. That’s how my brain works, I guess?

How do you define your narration? Your work is classified in weird fiction. Do you find it “weird”?

See my reply above. I don’t really define what I write, and seen from the inside, I don’t find it particularly weird either, if you mean ”strange”. Some of it fits quite well into the definition of weird fiction, some of it doesn’t.

I grew up with it, and I do write in a Swedish tradition, at least when it comes to atmosphere and themes. There’s a certain type of feel, a sort of melancholy, that permeates Swedish literature and that I’ve adopted.

How does sparse population influence your writing? Do you ever wish you lived in crowded and big cities?

I used to live in Stockholm, but it was too crowded for me. These days I live in Malmö, which at 300 000 inhabitants is Sweden’s third largest city, but small compared to other cities in Europe. It’s definitely less crowded than Stockholm and suits me much better. I lived in London for a very short time and hated it – it was just way too big. I used to want to live in big cities; not anymore. I’m happy where I am. My interest in places with sparse population comes from my family’s roots, which are in the north of Sweden where towns can be very few and far between.

Could we encounter the same atmosphere in your works if you were born in a Mediterranean country instead of Scandinavian?

That’s impossible to say. Everyone is influenced by where they grew up, so I would probably write very differently had I been born elsewhere. Hopefully I would have been a reasonably good writer, but it’s like asking who I would have been as another person. I have no idea. Is there a specific reason in personally translating your stories into English? Or is it just that you can do it?

When I started out, it was hard to find places to publish in Swedish. That’s why I decided to translate my own work into English. At the time, I hadn’t really published much in Swedish, so there was no chance some publisher would pick up my work and have it translated into English. So, I did it because I had to. These days I mostly write in English and no translation is needed.

We’d like to know your inspirations, not from movies or books but in daily life.

I’m a big fan of ruins and abandoned places: old train stations, factories, houses. I just came back from spending a week in Athens, which is full of ruins old and new – from the Parthenon to abandoned houses in the middle of the city. I also find a lot of inspiration in roleplaying and improvisation, and collaborating on creative projects with friends.

I think my favorite is probably the story of Mörksuggan, because it’s such a strange and inscrutable creature. Mörksuggan means ”the dark sow” (sow as in female pig), and is a creature that lives in shadows and dark corners. No one knows what she wants, she just … watches you. There are a lot of stories about her, and it’s hard to pick one, so I’ll just nominate the creature as my favorite.

According to your blog, one of the soundtracks of “Who is Arvid Pekon?” is Tarkan – Ölürüm Sana. We are so surprised and happy about this encounter. How did you come up with this song? Are there any other Turkish songs or singers you listen to?

I used to work in a science fiction bookshop, and when we worked with mail order we’d always have music in the background. One of these records was Tarkan’s album. It just stuck. I have a soft spot for Turkish pop. I think it has something to do with how the tonality is different from traditional Western European music, as are the instruments and vocals. Also, Turkish is such a beautiful language, especially in song. I don’t listen to it very widely, but I recently got a list of musicians and bands from a Turkish reader that I’m going through. Among them I especially like Ahmet Kaya and Kardeş Türküler.

There are other Turkish singers besides Tarkan mentioned in your blog. How did you discover these songs?

I visited Istanbul a few years back, and bought some records at random without knowing anything about the artists – I just asked the storekeeper what his favorites were. I don’t know much about the musicians, I mostly just listen to the music.

Arvid Pekon again. We know that “Who is Arvid Pekon?” was adapted to film. Would you like to see another one of your works adapted, say, full length? Would you completely feel at ease about it?

I would of course love to see my works adapted into other media. I’ve written a lot of manuscripts and other material for use by others, so I’m used to someone taking my work and adapting it. I’m not that sensitive about it. So far, I’ve had my work adapted into a film (”Who is Arvid Pekon?”), a puppetry show (”Beatrice”) and a LARP (”Sing”). I like seeing how another creator interprets my work and makes it their own. A full-length feature would be exciting.

Are you familiar with Turkish Literature? If yes, who is your favorite writer?

I’m embarrassed to say I know very little about Turkish literature. I did read Yasar Kemal when I grew up, and loved his books. I’ve also read some of Orhan Pamuk’s work. I’d be happy for some recommendations, especially Turkish fantasy and science fiction.

How do you feel about getting praised by Ursula Le Guin and China Mieville? It’s huge. They’re two of my absolute favorite authors. I grew up with Le Guin’s books, so for her to recommend my works is amazing. Miéville is similarly a favorite of mine. When it was time to ask around for blurbs, my editor – Jeff Vandermeer – asked me to make a list of my dream authors. I thought ”what the hell” and wrote down a list of my absolute favorites of all time. Ursula Le Guin and China Miéville were at the top of that list. I never imagined they’d agree to read the book or even like it enough to recommend it, but they did. I’ll always be happy and proud of that.

Is there a work you have read in recent years that really influenced you, that was hard to forget? Because this is what your book did to us…

One of the most influential books I’ve read as an adult is Ursula Le Guin’s short story collection The Birthday of the World. It’s the best collection I’ve ever read; every single story in there is very special, and the ideas in there have influenced how I think about gender, social structures and writing.

Will we soon read your new stories? Is there a new book you are writing?

I have a few short stories lined up for publication. The next one, ”Starfish”, will be in Lightspeed Magazine in February.

Are there other books of yours contracted for translation into Turkish? We’d like to read more from you.

Nothing is contracted, but who knows what will happen in the future? The Turkish readers have shown me so much love, I hope to see more translations come to your country.

Thank you for your answers in behalf of all the Kayıp Rıhtım family. Next time, we hope to find an opportunity to make an interview about your new works in person. 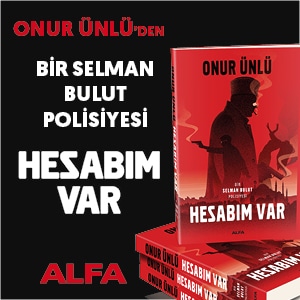 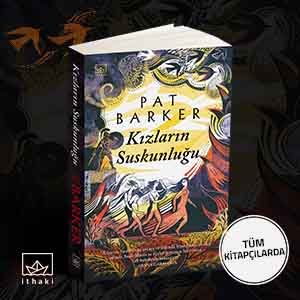 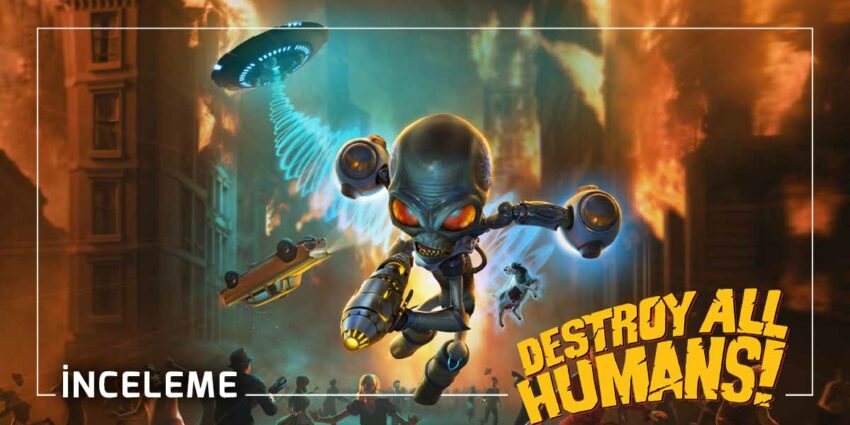 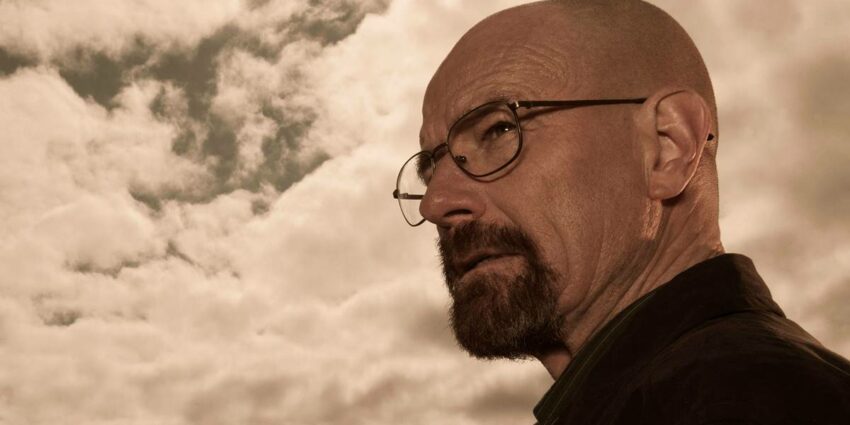 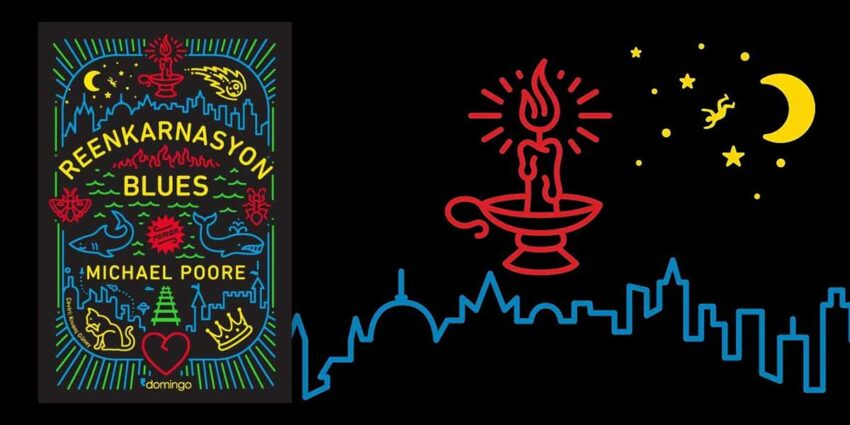